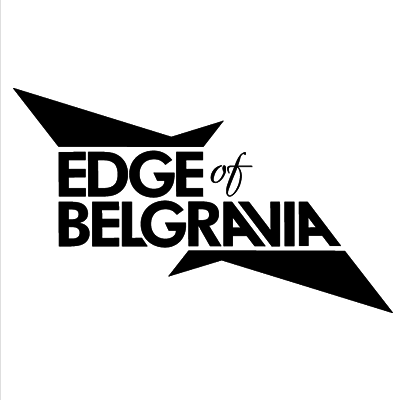 Edge of Belgravia is one of the world’s most innovative chef knife brands. With contemporary design from London, high tech materials and supremely sharp stainless steel our knives are just as effective tools as pieces of art for the kitchen.

Established in Belgravia, London, in 2010 and officially launched to the UK market in 2012, Edge of Belgravia has quickly won acclaim. The firm has combined daringly avant-gard design, high quality materials, audacious PR and effective marketing to expand across the globe. It has become a global brand with great recognition.

Our futuristic design by London designer Christian Bird won a slice of the D&AD 2012 product design award in fierce competition with Apple’s iPad2.

In 2013 Edge of Belgravia launched in the USA. In 2014 we released one of the boldest designed chef knife ranges available in the affordable segment, Precision. This was combined with a pioneering new knife block named Black Diamond. Edge of Belgravia is eagerly awaiting the launch of new revolutionary products in 2015. The future is arriving.

Edge of Belgravia Reviews on RecipeLion.com: