Whether you're attending a wake or sending a sympathy meal, these funeral sandwiches are a good recipe to have in times of need. 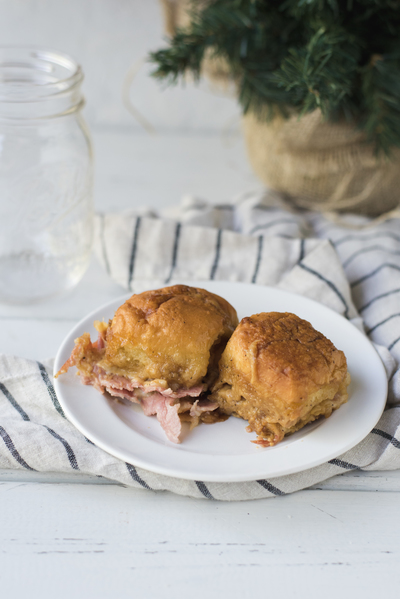 There's nothing mournful about this delicious sandwich recipe. Funeral Sandwiches are ham and cheese baked sandwiches that are perfect as an appetizer or lunchtime meal. It will take you just five minutes to assemble the sandwiches, and they only bake for 15 minutes until the cheese is melted and the buns are perfectly browned. You'll never want to make a boring deli sandwich again after trying this delicious ham sandwich recipe.

And, the best part about these Funeral Sandwiches is that you can make them for any potluck occasion. While they're comforting enough to make as a sympathy meal, they're also tasty enough to serve at a holiday party. This might just be the ultimate potluck recipe.

Why are these popular party sandwiches?

We're always interested in how certain recipes become so popular. What is it about funeral sandwiches, or Hawaiian roll sandwiches, that make them great at a party?

To begin with, they are super easy and quick to make. Whether you have unexpected guests or a last-minute event, you can find the time to make a batch of funeral sandwiches. You might have the ingredients on hand, and if not that can be easily solved with a quick trip to the grocery store. No fancy ingredients needed!

These sandwiches also cook quickly and travel well. You make them in a casserole dish, so transporting them from the oven to your destination is a snap. These sandwiches reheat well, and some people even enjoy them cold! Just be sure to practice good food safety and don't let them sit out for too long on a buffet. The same goes for all party or sympathy foods. 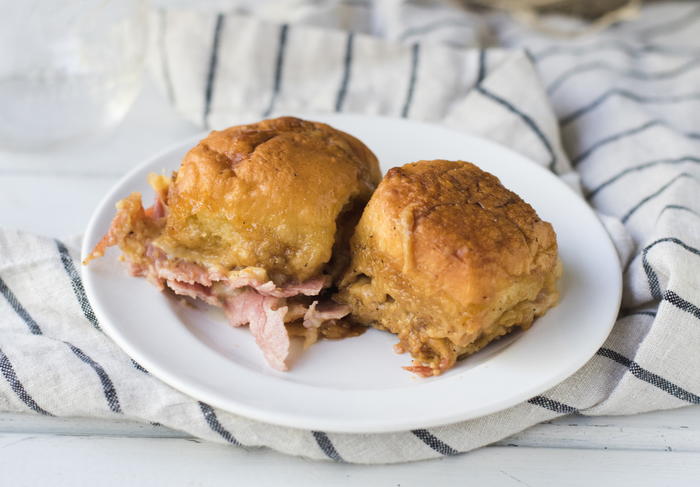 The final reason why these sandwiches make such a good party recipe? They taste delicious! Everyone will love the gooey, cheesy, comforting flavor of these sandwiches. It doesn't hurt that they're made with quite a bit of butter, so they taste rich and indulgent. They're definitely a crowd pleaser.

Try adding a little sweetness to these sandwiches!

Make Tropical King's Hawaiian Roll Sandwiches by adding half a slice of pineapple to each sandwich. Do this at the same time that you add the ham and cheese, and then bake everything together as usual. The pineapple will be delicious with the ham and Swiss cheese!

You will need about 1 20-ounce can of sliced pineapple in order to adapt this entire recipe. 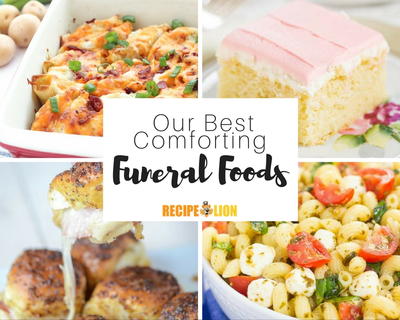 Why Are They Called Funeral Sandwiches?
The story behind funeral sandwiches is relatively self-explanatory: they are really just a potluck recipe that ended up named after the occasion it was most often served at.

The tradition even dates back to the late 1700's! It was customary to bring food gifts to the family of the deceased. These gifts often included simple ingredients and were served warm or included reheating instructions.

This tradition has appeared to have continued, as my mom and I would bake casseroles if we had friends or neighbors that were going through a rough time. It was just one less thing for them to worry about during this time in their life. We almost always made stuffed shells because it was a dish that could be fully cooked beforehand and easily reheated with more marinara sauce so they didn't dry out. Whether it be a death in the family or another type of unfortunate circumstance, food gifts and casseroles seem to be one of the easiest ways to show that you care. 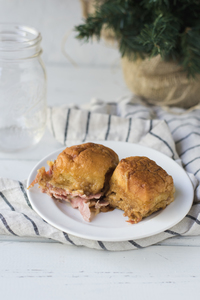 I think sometimes the title of things throws people off. I must admit I had to click into the recipe to see what a "funeral sandwich" was. It may be time for someone to give this little angle a make-over and rename it because the name is not becoming.

These are probably my favorite sandwiches ever. They really are comforting!

The name leaves a little less to be desired...but I love the history behind it and find it to be endearing. Makes perfect sense and nobody wants to be in the kitchen all day at a time when you really just want to be around those you love. On another note...I'd actually make these anytime and probably would switch them up a little depending on the occasion. Anything is good on Hawaiian rolls.

I gave this recipe to my daughter-in-law. She wanted to try it. She made a large cake pan of them for 4 of us. Not one was left!

The first time I tried these wasnt at a funeral. We were visiting friends in Quebec and they decided to make these up to have for lunch. They are wonderful, with or without the sauce (which we had on the side). I forgot to get the recipe before we left, and was never able to find it anywhere. I am so glad I stumbled on it here today!

Funeral Sandwiches is not a very appetizing name for this tasty sounding treat. I had to go click the link to determine just what this was. I am from the south and I have never of "funeral sandwiches". It must be a regional thing. At any rate, the recipe is simple and I won't be waiting for a funeral to try these.

I like these better the real "old fashion way" where the dressing was put on the inside of the rolls.

Ominous name, but these sound great! I'll have to make them for my next big get together.

These funeral sandwiches do look very good. What made me save this recipe was the editor's notes. I always think a little personal message goes a long way. My son's friend's father was killed tragically during our school holidays. Now a 12 year old boy is without a father. I kept seeing these funeral sandwiches and read the note on baking casseroles for these families and we have now organised a drive at the school and a roster for all the moms to prepare meals for this family.

I' m also going to make these for the big football game party. We love ham and swiss, and who doesn't love Hawaiian rolls? I might not use Dijon mustard, though. It's pretty strong.

These would be great for any get together. I don't like swiss cheese, unless it is processed swiss cheese so I would go with sharp cheddar instead. I think a mild cheese would be overwhelmed by the sauce. The recipe calls for 12 servings so you'd have to make several batches for a funeral.

I'm going to call these "Super Bowl' sandwiches. I think they will be the perfect addition to my Super Bowl party fair this year. The fact that they are prepared the day before and refrigerated overnight is also a plus for me. I'm also thinking of taking shelfconsciouskati e's idea of making a batch with turkey just to round out the variety.

I've had something similar to these before but could never find a recipe. Glad I did would not have thought that half of the things in them were a part of it. Employee appreciation day is coming up and these would be a great easy and satisfying thing to make.

My cousin made these for our Christmas potluck and they were amazing! The sauce is a little messy but so tasty.

I don't understand why they are called funeral sandwiches - i mean they don't taste dead. They taste very much alive and beyond yummy!

That is too funny ChaCha RIzzo! There are some other recipes called funeral something or other and I had never hear them called that before, but I guess we know what people are taking to a funeral service!

Love these sandwiches! They had a really great mustard sauce that brings all of the flavors together. I'm definitely a fan.

The sweetness of these sandwiches was perfect. It tasted went well with the warm sandwiches.

I love a good funeral sandwich. These are very filling even though they are small, so they're perfect for a party. I might try to make a version with turkey.

Turkey would be another good version for these! So many people prefer turkey deli meat, especially if you can get it without nitrates with the celery enzyme instead. Perhaps someone would want a vegetarian sandwich with the vegan cheese product and soy meat.

Normally I find sandwiches boring, but these were anything but!

I made these sandwiches for both my card club and my Christmas party. They are easy to make and delicious! Everyone loved them! Definitely something I will make frequently. 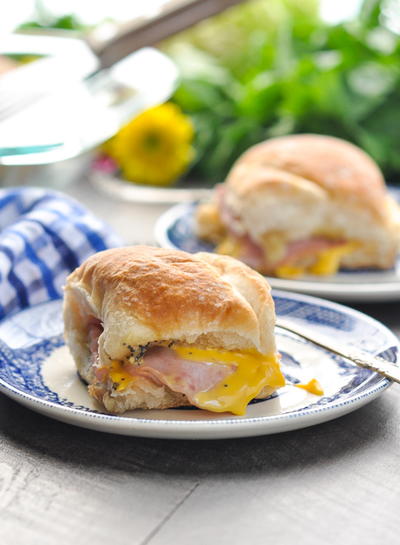 Make Ahead Ham and Cheese Sliders 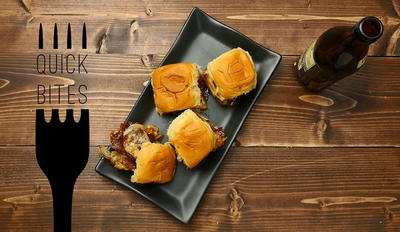 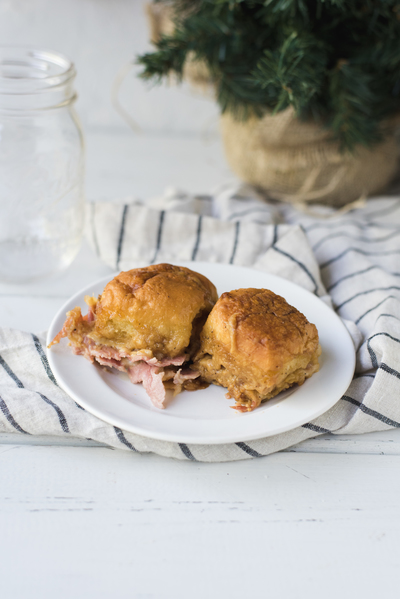 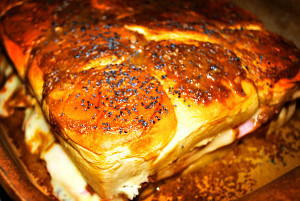 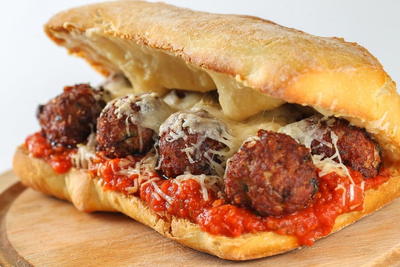 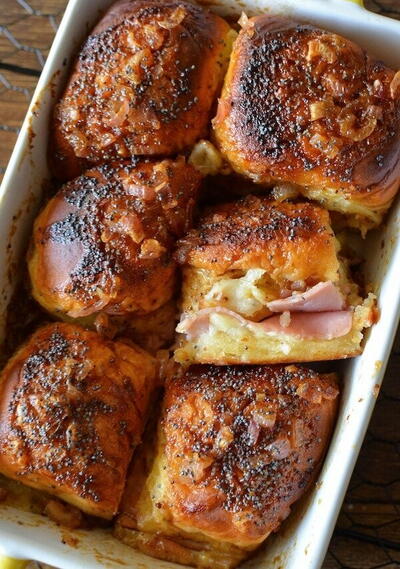 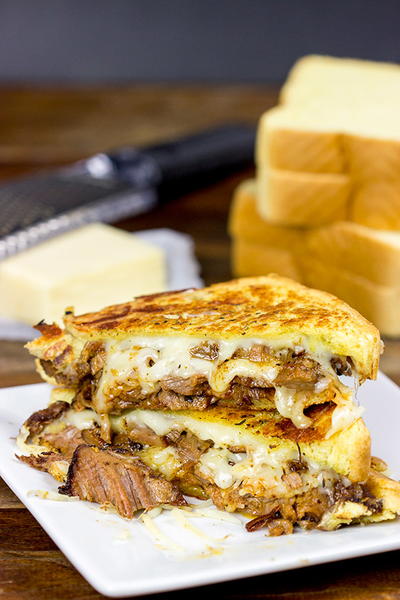 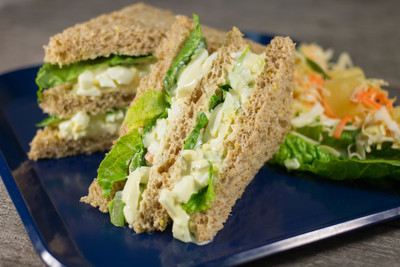 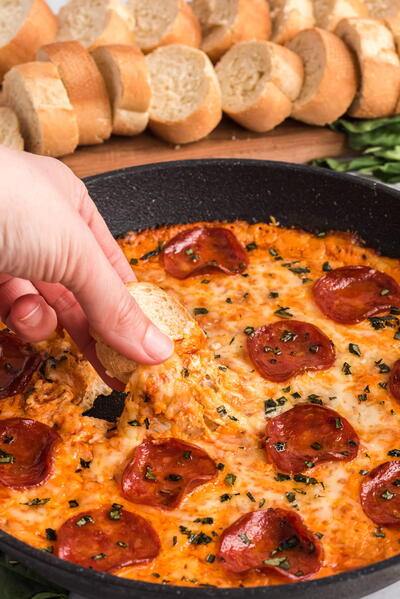 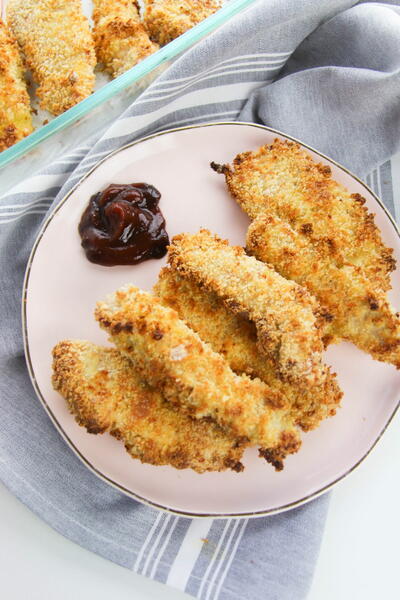 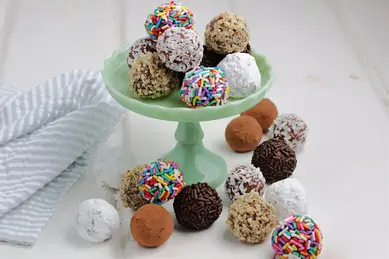 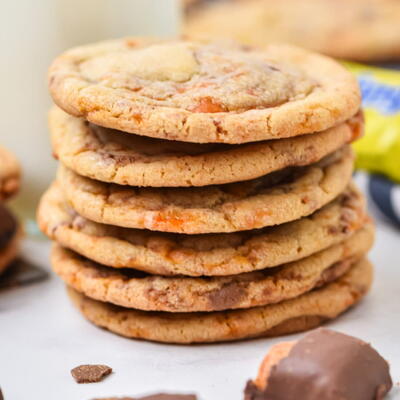 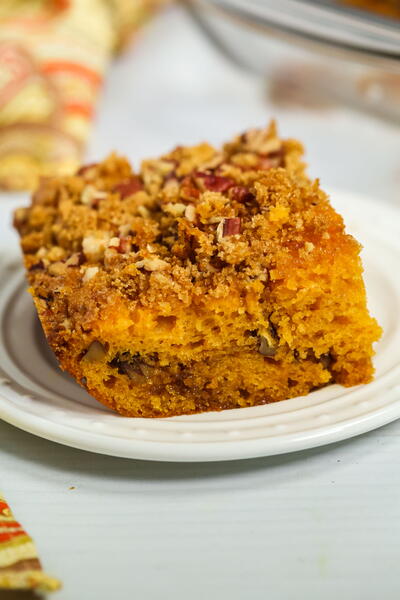 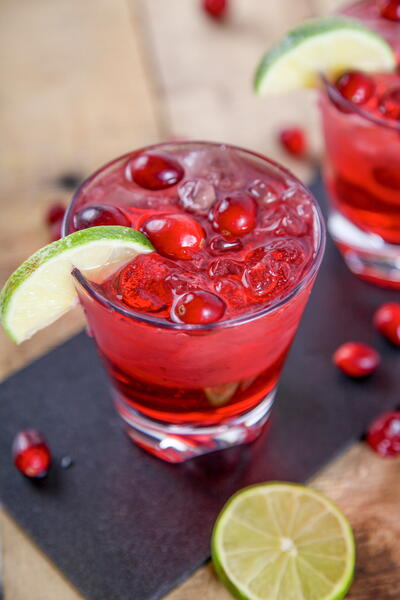 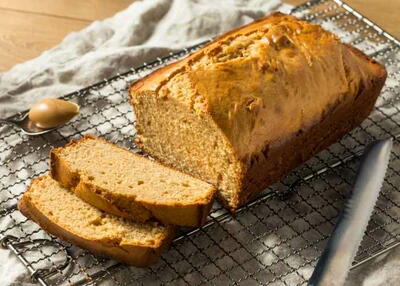