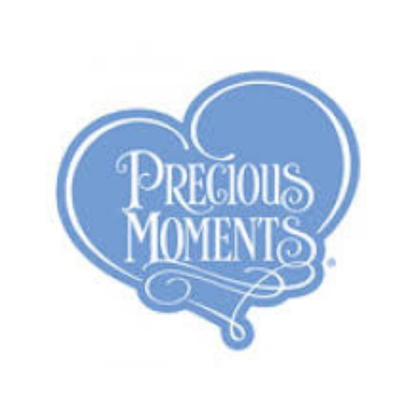 It began more than three decades ago, when Precious Moments® creator, Sam Butcher, began drawing the endearing teardrop-eyed children he called "Precious Moments," as gifts for family and friends. Today, his Precious Moments artwork is among the most recognized art in the world, sharing messages of loving, caring and sharing with collectors from around the globe.

In the early 1970s, Sam and a friend, Bill Biel, started a small company to produce his Precious Moments art on a line of cards and posters, calling their company Jonathan & David. They took their goods to the annual Christian Booksellers Association Convention in Anaheim, California. Their tiny booth was filled with enthusiastic retailers wanting to order the new line and the crowd became so large, neighboring vendors came over to help the two young men write orders.

Shortly thereafter, Sam was approached by Enesco Corporation to develop a three-dimensional figurine based on his artwork titled “Love One Another.” Sam was so overwhelmed when he saw the first porcelain sample, he fell to his knees and wept. It was the beginning of a phenomenon for both Sam and the gift industry.

By the end of 1978, the "Original 21"  Precious Moments figurines were introduced to the market. The response to the collection was incredible. People began to write to Sam, telling him about how the Precious Moments figurines had touched their lives in a moving and heartfelt way. Less than a year after their introduction, demand was overwhelming.

The success of the Precious Moments figurines was amazing, yet Sam never lost touch with his original purpose to create art which combined his heartfelt emotions with his abiding faith.

The collection is now thousands of pieces, with new introductions offered each year. Members of collector's clubs continue to be found throughout the world. Furthermore, since its opening in 1989, Precious Moments Park in Carthage, Missouri has welcomed approximately 400,000 visitors every year.

Precious Moments is truly achieving goals set forth by its mission statement: to make the world a better place by helping others share the gift of love. The longevity of the Precious Moments brand is a testimony to its ability to stand the test of time and persevere with its core values of goodness, quality, creativity, and stewardship at its forefront.